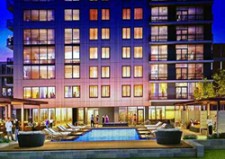 Increasing rental costs in the Twin Cities urge more residents to buy a home, according to the RE Journal, NAR, and the National Apartment Association. Home Destination, a Minneapolis based residential real estate expert with RE/MAX Results, covers the craze for luxury apartments in the Twin Cities found in the reports and what to expect in metro housing in 2015.

January 2, 2015 (Newswire.com) - Increasing rental costs in the Twin Cities are urging more residents to consider buying a home, according to the RE Journal and the National Apartment Association in a November 11 report. NAR predicted in a December 22 article that rent rises will outpace home value growth in 2015, with the Twin Cities already exploding with evidence of it happening.

As fast as new Minneapolis and St. Paul apartments, condos and studio flats are built, buyer and renters alike are flocking to downtown. The two key groups shifting Minneapolis real estate demographics by making the shift to luxury apartment living in the metro are Millennials and empty nesters. The trend is significant.

Marcus & Millichap reported December 19 in RE Journal that "in 2014, developers will have added 6,600 apartment units to the Twin Cities market. About 77 percent of these apartments will be priced at market rates." Predictions are surfacing that in five years, Millennials will comprise 2/3 of all new household formations. This raises an expectance that they will shape the Twin Cities housing market with their unique demands, interest in housing types, and where they consider to be a prime location. Millennials want access to public transportation in walkable neighborhoods, local activities, sports, the arts and festivities.

Across the Twin Cities, 4,946 new apartments units became available by the end of 2014, according to Marquette Advisors. They reported that 2,763 new apartments were added to the Twin Cities housing market in 2013, and forecast an additional 3,600 new units to be gained in 2015. The rental home vacancy rate for downtown Minneapolis apartments was 3.1 percent for the third quarter of 2014, with tallies still to be completed for the 4th quarter.

"Downtown Minneapolis has accounted for 40 percent of new construction and 33 percent of absorption in the region since December 2012," their report stated. Some believe that homes in Minneapolis have been a hot spot for Millennials who want to be near local shops and hub bub, while seniors favor shorter commutes and easy access to activities. Rising rents have not deterred new apartment construction, and for many who are saving up to buy a home, renting in Minneapolis is their preference.

Completed new construction projects in Minneapolis during 2014 include:

Additional new construction sites under development in downtown Minneapolis include a 262-unit of apartments at 4Marq and a 319-unit project called Latitude 45, according to Finance & Commerce. There is also a pending sale of 222 Hennepin, a lively mixed-use development that includes 232 luxury apartments and a Whole Foods grocery. An 84-unit apartment building in the Elliot Park neighborhood of downtown Minneapolis recently sold for $8.5 million.

A few apartment buildings in other parts of the Twin Cities that incited high winning bids in 2014 are:

The 119-unit Vue apartments near Loring Park The 165-unit Arcata luxury apartment building next to the Colonnade office tower in Golden Valley Avinity Chief Executive Officer Dale Fagre sought to purchase two rental properties from the Blaine EDA in January 2013 but city officials held out for a higher valuation. The hoped for higher offer arrived when Lang-Nelson proposed to purchase the two senior apartment buildings for $10.65 million.

"Twin Cities real estate investors have traditionally found that rental homes were a excellent source of income," comments Thuening. "In 2014, university-area landlords faced some changes as they had to consider new competition with the new apartment buildings. More metro residents with sufficient financing have stepped in real estate investment purchases, deciding to become landlords."

About Home Destination - Twin Cities Real Estate:
Home Destination offers a loyal and committed real estate professional service that personally handles all of the details of selling or purchasing homes in the Twin Cities. Highly regarded by peers as a Minneapolis metro expert for over 15 years, gain a skilled representative as a guide to make the best possible housing decisions. Jenna Thuening has the real estate experience and acumen buyers and sellers benefit from. Learn more about rental costs in the Twin Cities real estate market.

Get notified about new releases.

Sign up for email updates from Hill Web Creations .